The Famous blood moon occurred on July 27-28 with a record time of 103 minutes of a darkened moon. It is the longest Lunar eclipse in the 21st century with a record 6 hours and 14 minutes with penumbral and Partial phases included. Being the second and last total eclipse in 2018 it made 17th of the 85 eclipses in the year. The next similarly long eclipse will occur in 2036 and 2029. These event is an iconic astronomic miracle, here are the reasons why.

The Century Long Length record.
The longest a lunar eclipse can take is 107 minutes according to scientists. The 27-28 July 2018 eclipse was short by just 4 minutes comparable only to the June 2000 eclipse that lasted 106 minutes and 24 seconds.
The 2036 Eclipse may not reach such a long time of total moon darkness. The 2029 Eclipse will have 102 minutes of totality.

The Appearance of Shooting Stars.
Shooting stars are associated with the Meteor showers that happens every summer between Mid July and late august in most places. The lunar eclipse occurred in the early evening and early to early morning across the globe at different places. The appearance of shooting stars was sighted in Jerusalem and Moscow. The peak of the shooting stars happens around august 12th to 14th.

The Position Of Mars.
Mars is most visible on Earth when it is directly opposite the sun on earth which happens every 2 years. In 2018, Mars was closest to the earth on July 27th 2018 appearing brighter than any other time of the year. The distance of Mars from the Earth in July 2018 is part of a 60,000 year long record at 57 million kilometers, after the spectacular 2003 closeness.

The Lunar Eclipse made the view of Mars very clear with naked eyes in many places. Such a closeness to Earth is only expected to happen next in August 2287.

Extra Reddish Appearance.
The red color of the moon occurs due to refraction of the sun’s rays in the Earth’s atmosphere. As a result of the location of the Earth on its orbit in July 2018 and the consequent straight alignment of the three atmospheric bodies, the moon appeared more red than many other total Lunar Eclipse in recent years. 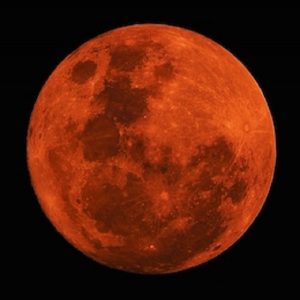 What is Coming Next.
The July 27-28 2018 Moonlight eclipse is part of the Lunar Saros Cycle according to Nasa which has 71 Eclipses. Saros refers to occurrence of an eclipse when the sun, Earth and moon are in similar locations. The 129 Saros Cycle started in the mid 14th century and it will end in July 2613. The Eclipse falls between two partial solar eclipse, July 12-13 2018 and August 12-13 2018.